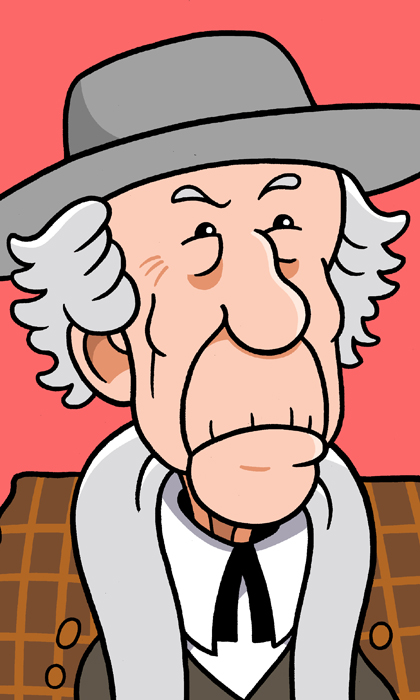 Frank Lloyd Wright was 5″8 and used his own height as the measurement of an “average” person when designing his buildings. He liked to dress in billowy clothing including scarves, capes, and long overcoats, which helped him cut a dramatic figure as he moved around.

Why is Frank Lloyd Wright Famous?

Frank Lloyd Wright was the most well-known architect in American history, designing some of the 20th century’s most iconic buildings and playing a substantial role in the development of American modernist and “midcentury” aesthetics.

When did Frank Lloyd Wright Live?

What did Frank Lloyd Wright do?

The son of British immigrants, Frank Lloyd Wright was largely raised by his kind and supportive mother, who helped foster her son’s interest in architecture from childhood. As a young man, he worked for a local building company and studied architecture at the University of Wisconsin before dropping out to move to Chicago, where he worked for some of the city’s top architectural firms. Impressing his bosses and clients with his skill and vision, he began working independently at age 26. His first substantial solo work was Oak Park (1889), a combination house and studio he designed for himself in Oak Park, Illinois.

Wright would proceed to become one of America’s most-sought architects for the next six decades, commissioned to design everything from private homes and apartment buildings to museums and churches. Rebelling strongly against the ornate and fussy traditions of Victorian design, Wright’s buildings embraced the simple beauty of sharp geometric shapes and clean, undecorated surfaces of wood, stone, and brick. Rather than lots of walls and doors, his interiors favored large open rooms that flowed into one another — a kitchen spreading directly into the dining room, for instance — illuminated by plenty of natural light from large plate glass windows. Wright’s Prairie and Usonian homes rejected standard “boxy” designs in favor of more horizontal layouts, while his theory of “organic architecture,” which held buildings should fully embrace the natural environment in which they are built, inspired his two most famous works, the mansion Fallingwater (1936), built atop a waterfall in rural Pennsylvania and the sprawling Taliesin campus (1911) in Spring Green, Wisconsin where he and his employees lived and worked.

Though Wright’s clients were usually wealthy, his elegant, spacious designs proved popular with Americans of all walks of life, and had tremendous influence in helping change tastes and expectations of how a beautiful building should look. He died six months before the opening of his last major work, New York City’s massive Guggenheim Museum (1959), having overseen the construction of over 750 unique buildings in 36 states, many of which now serve as museums to Wright’s creative genius.

Frank Lloyd Wright was an enormously cocky, vain man whose gigantic ego often threatened to overshadow his architectural accomplishments. He bragged and lied constantly about himself, and his deep belief in his own brilliance and the revolutionary importance of his buildings made him a nightmare for clients. A lack of faith in others meant he hated negotiating and instead insisting upon designing buildings for others entirely on his own terms — up to and including what furniture and art should go inside. Most dangerously, his habit of ignoring the advice of engineers and construction workers lead to serious structural flaws in some of his buildings, causing them to leak, crack, or even collapse, problems for which Wright (of course) never accepted responsibility.

Wright’s personal life was deeply chaotic, and a source of constant tabloid gossip and public outrage. Married three times, his first two marriages ended in adulterous affairs and long, messy divorces, while the relationship he had in between — with the mistress he cheated on his first wife with — ended with her brutal murder by a Taliesin cook, who also burned down much of the campus. He was a cold and disinterested father to his seven children, once quipping that he only truly felt like a parent to his buildings.

Interested in art from a young age, Wright strove to be a cultured gentleman and enjoyed museums, fine dining, and theater. Having spent several years in Japan during the construction of his Imperial Hotel (1923), he was particularly in love with Japanese woodcut prints, which he collected in vast amounts. Wright was notoriously bad at managing his money, however, and his expensive tastes repeatedly brought him to the brink of bankruptcy. His constant desire for fame and attention made him fond of parties and socializing, and despite his arrogance he could be an enthralling, hilarious speaker thanks to his witty, savage criticisms of just about everything.

The School of Architecture at Taliesin (West), Scottsdale, Arizona.