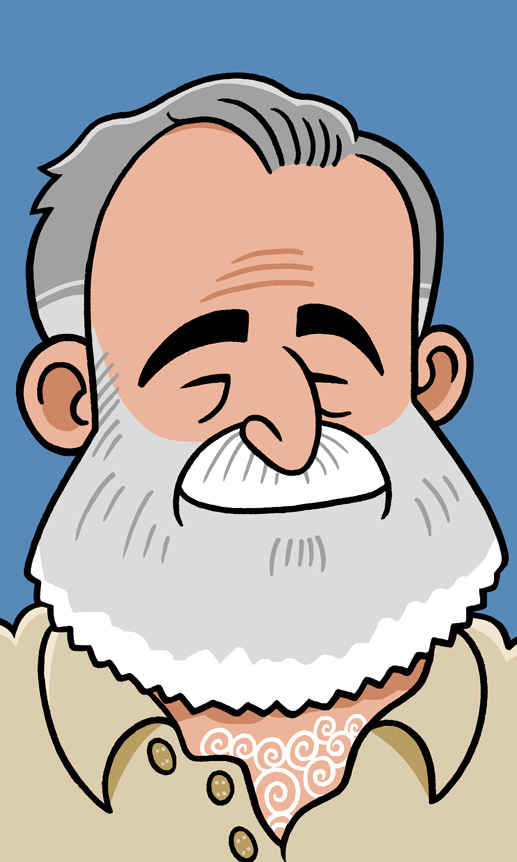 Hemingway had facial hair for much of his adult life, first a mustache and from the 1940s on, a short beard. He usually dressed in khaki shirts and shorts or thick sweaters; hearty clothes appropriate for adventure.

Why was Ernest Hemingway famous?

Ernest Hemingway was the most critically-acclaimed American writer of the 20th century.

When did Ernest Hemingway live?

Ernest Miller Hemingway was born on July 21, 1899 in Oak Park, Illinois. On July 2, 1961, at age 61 he committed suicide by shooting himself in the head with a shotgun at his home in Ketchum, Idaho.

What did Ernest Hemingway do?

Young Ernest was raised in a Chicago suburb by a middle-class family, and during summer vacations in rural Michigan he developed a lifelong love of outdoor hobbies and adventure. Skipping college, at age 17 he worked briefly for a newspaper in Kansas City before enrolling as an ambulance driver during World War I (1914-1918). He took up a journalism career in Canada after the war, but was promptly sent back to Europe as an overseas reporter and spent much of the 1920s and ’30s covering the news of a continent in turmoil. In addition to writing a number of short stories, poems, and essays, it was during this period he authored his three most acclaimed novels, all set against the morose atmosphere of war-ravaged Europe: The Sun Also Rises (1926), which chronicles the depressed lives of American expatriates in postwar France, A Farewell to Arms (1929), a WWI love story, and For Whom The Bell Tolls (1940), about the Spanish Civil War (1936-1939).

Inspired by the simple language of news reporting, Hemingway wrote fiction in a blunt, “straight-to-the-point” manner. In a conscious rejection of the florid writing of the Victorian age (1837-1901), his short sentences contained few adjectives or metaphors, creating one of the most distinctive styles in American literature. His plots and characters drew heavily from personal experience and many were semi-autobiographical; like Hemingway himself, his heroes tended to be strong, masculine men of courage and honesty who found themselves disillusioned by the horrors of the modern world.

A major literary celebrity by the 1930s, Hemingway did more reporting during World War II (1939-1945), but his literary output essentially stopped during the 1940s. The last great work of his life, the short story The Old Man and the Sea (1952), won Hemingway the 1953 Pulitzer Prize for Fiction, and a year later, the Nobel Prize for Literature. Though his tragic 1961 suicide brought an abrupt end to his career, a vast collection of unpublished works, including an interwar memoir, A Moveable Feast (1964), ensured new stories from the man who had become the most iconic American author of the early 20th century continued to be released well into the 1980s.

Ernest Hemingway was almost as well-known for being a stereotypically macho, devil-may-care thrill seeker as he was for his writing. Fascinated with violence, danger, and death, he loved hunting, fishing, boxing, and bullfighting and constantly sought to place himself at the center of war zones — where he often helped out. From food to alcohol to women, Hemingway rarely enjoyed anything in moderation, though his appetites for intellectual pursuits were no less ample. In addition to being a workaholic author, he was a voracious reader capable of getting through a book or more a day, and an avid student of foreign cultures who spoke fluent French and Spanish.

Enormously charismatic, Hemingway loved parties and made friends easily, though his temper and ego made it a challenge to keep them. His constant showing-off could be obnoxious, he was often accused of faking or exaggerating his adventures, and the many accidents and injuries he suffered during his world travels — some of which were quite serious and led to worsening health later in life — could be hard to sympathize with, coming largely as a result of his own recklessness. Despite his “alpha male” image, he did have a sensitive and romantic side, and all four of his short but tender marriages were products of genuine passion. He was a talented cook, and owned dozens of cats at his Florida home.

As evidenced by his eventual suicide, Hemingway’s outward self-confidence masked deep inner pain, and throughout his life he suffered dark bouts of loneliness, paranoia, and depression, which he would attempt to numb with alcohol. After the 1952 publication of The Old Man and the Sea, he sank into years of particularly crippling despair and writer’s block, vainly undergoing repeated electroshock therapy to cure worsening suicidal thoughts. So contrary was the idea of suicide with Hemingway’s heroic image, his widow did not disclose her husband’s true cause of death for many years.

Ernest Hemingway – Biographical, The Official Website of the Nobel Prize.

The Hemingway Papers: All Columns, The Toronto Star.