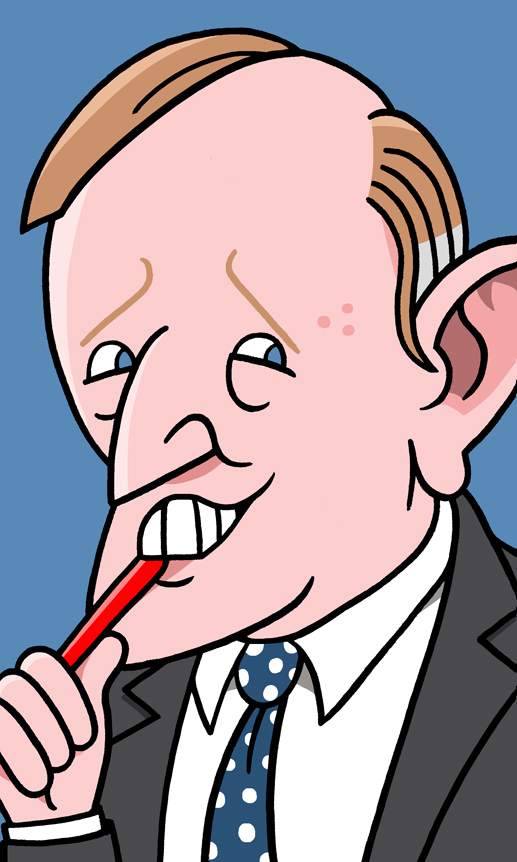 William Buckley dressed formally, but not neatly, with often rumpled suits and crooked ties. He was constantly fiddling with a red pen — his preferred color for writing.

Why was William F. Buckley famous?

William F. Buckley Jr. is considered one of the founders of modern conservative political philosophy in the United States.

When did William F. Buckley live?

William Francis Buckley was born in New York City on November 24, 1925. When he was five years old, his middle name was legally changed to Frank, making him William Frank Buckley Jr., with the “Jr.” added in honor of his father, who had the exact same name. Though many people write his name with a comma between his last name and the “Jr.,” Buckley disliked the practice and did not consider it correct. He died of a heart attack on February 27, 2008 in Stamford, Connecticut at age 82.

What did William F. Buckley do?

Born to a wealthy family of Catholic southerners and raised partially in England and France, Buckley’s upbringing was happy and privileged. After a brief stint in the army, he enrolled in Yale University in 1945, but quickly became disillusioned with what he perceived as his professors’ strong bias against Christianity and capitalism. Upon graduating, he documented his upsetting college years in a memoir entitled God and Man at Yale (1951) which attracted significant attention for its provocative arguments.

Buckley concluded America was dominated by harmful liberal ideas about government, economics, and foreign relations that faced scant opposition from politicians, journalists, or academics. In an attempt to correct the imbalance, in 1955 he founded National Review, a magazine dedicated to promoting the alternative philosophy of conservatism. Buckley defined conservatism as the desire to conserve the core values of what he called the “American system:” free-market capitalism, unobtrusive government, personal responsibility, and traditional Christian morality. It was also an ideology deeply opposed to the totalitarian Communist philosophy of the Soviet Union, and supportive of an aggressively anti-Soviet foreign policy during the Cold War (1945-1990). With a talented team of writers and reporters, National Review helped provide leadership, sophistication, and popularity to a style of right-wing thought that had previously been disorganized, obscure, and tainted with allegations of ignorance and bigotry.

In 1962, Buckley began writing a weekly opinion column that would eventually be published in more than 300 newspapers across the United States, and in 1966 he was given his own talk show, Firing Line, featuring lively discussions of current events. Interrupted only by an unsuccessful run for mayor of New York in 1968, Buckley continued to write, speak, and debate conservatism for the rest of his life, and played a key role in promoting the careers of Republican politicians like Barry Goldwater (1909-1998) and Ronald Reagan (1911-2004), as well as conservative journalists like George Will (b. 1941) and David Brooks (b. 1961). By the time of his death, Buckley had authored more than 50 books and thousands of columns on a vast variety of subjects, always stressing common themes of caution, tradition, and liberty.

William F. Buckley was a charming, witty, and easygoing man who enjoyed playing the role of an unapologetically old-fashioned, aristocratic gentleman. With his mellow demeanor, smooth New England accent, and sophisticated vocabulary, he carried himself as a man supremely proud of his intellect and confident in his opinions, though such pride often veered into snobbery. A stickler for manners and etiquette, his articles, speeches, and interviews were usually calm and respectful, and he rarely became aggressive or angry during debates. His cruelest insults took the form of passive-aggressive jokes.

As a self-proclaimed aficionado of western civilization, Buckley’s tastes were traditional and often extravagant. He enjoyed an array of stereotypically upper-class hobbies, including skiing, opera, sailing, and playing the harpsichord. He would often exile himself to a chalet in Switzerland to write in a distraction-free environment, and was fluent in both French and Spanish from a young age.

Buckley had an active social life, and accompanied by his glamorous wife Patricia (1926-2007), was a fixture at high-society parties. Privately, however, the Buckley marriage was often cold and tense, as was his relationship with his only child, Christopher (b. 1952). A proud workaholic, he wrote several books documenting his busy schedule, which only lessened once age and disease took their toll. His favorite food was peanut butter, and he was buried with a jar of it.