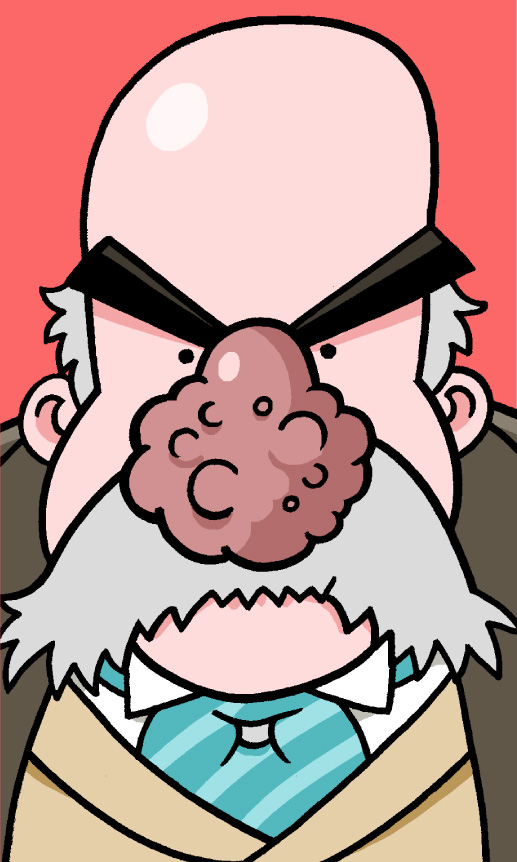 J.P. Morgan suffered from the skin condition Rhinophyma, which gave him a quite grossly disfigured, swollen nose. He was fond of expensive clothing, and put a lot of effort into looking stylish and elegant.

Why is J.P. Morgan famous?

J.P. Morgan was one of the most powerful and well-known businessmen of America’s so-called “Gilded Age,” the mid-19th century period when the country’s rapidly-growing economy was dominated by a handful of ultra-wealthy industrialists dubbed the “Robber Barons.” Properly speaking, Morgan was not an industrialist himself, however, but rather a financier — a sort of banker who helped fund large corporations by providing them with massive cash investments.

When did J.P. Morgan live?

What did J.P. Morgan do?

Born into a wealthy family, J.P. was educated in elite schools in Europe and America before joining his father’s banking firm as a young man. In 1871, he broke from the family business to form his own investment company, J.P. Morgan and & Co. The company specialized in a technique that was later dubbed “Morganizing” — investing money into struggling corporations in exchange for structural reforms that gave Morgan sweeping managerial powers (and a hefty cut of any future profits).

Throughout the late 19th century, J.P. “Morganized” a vast array of American businesses in this fashion, bringing dozens of the country’s most lucrative businesses — and eventually, entire industries — under his control. Morgan was the chief investor of Thomas Edison‘s General Electric Company (1887), and a founding partner of numerous mega corporations including U.S. Steel (1901), which combined several different steel firms into one multi-billion dollar corporation, the Northern Securities Company (1901), which owned America’s three biggest railroad companies and controlled nearly half the country’s railway lines, and International Harvester (1902), which merged America’s largest farming machine firms. This one-man consolidation of so much corporate power made the U.S. government increasingly uncomfortable, however, and in 1902, the crusading administration of President Teddy Roosevelt (1858-1919) forcibly split up Morgan’s railway holdings in his administration’s first successful attempt at “trust busting,” or breaking up attempted monopolies.

Though many Americans resented Morgan’s massive personal wealth, he was also occasionally lauded as a hero, notably during the so-called economic “Panics” of 1893 and 1907. On both occasions, Morgan was summoned by the White House to single-handedly save the United States from depression; in the first case by purchasing large amounts of gold to replenish the dwindling supply of the U.S. Treasury, in the other by leading an effort among the country’s top financiers to pump money into failing American banks. His actions would later help inspire the creation of the United States Federal Reserve, a government body with the power to increase the American money supply in times of crisis.

JP Morgan was a gruff, stern man whose ruthless tactics in business and love of expensive luxuries fulfilled many stereotypes of Gilded Age multimillionaires. His wealth and fame also allowed him to be easily caricatured however, and historians who have studied Morgan often caution against the simplistic over-generalization that the man once dubbed “the Napoleon of Wall Street” was little more than a heartless, money-grubbing plutocrat.

Morgan was undeniably pushy, and enjoyed using his wealth and physicality to intimidate others. He was stubborn and unyielding in demanding what he wanted — be it from the lowliest servant or the President of the United States — and could be a harsh and fierce boss. Not particularly fond of delegating responsibility to others, Morgan often personally micromanaged his companies down to the smallest detail, but this obsessive passion came at a cost, and Morgan routinely experienced long bouts of burnout and depression. Despite his general irritability, he did make friends easily and led an active social life, hosting many high-society parties and pursuing many glamorous mistresses whom he made little effort to hide.

Worldly and educated, Morgan had a vast array of hobbies and interests beyond the world of high finance, and strove to be a cultured and urbane gentleman. In addition to stereotypical upper-class luxury goods like mansions, yachts, cigars, and jewelry, he was fond of travel, literature, and foreign languages. Like many millionaires of his time, he became increasingly charitable as he aged, and by the end of his life had spent more than half his enormous fortune on a passion project to assemble the world’s largest private collection of fine art, which, upon his death was donated to the Metropolitan Museum of Art in New York City.

Chernow, Ron. The House of Morgan: An American Banking Dynasty and the Rise of Modern Finance. New York: Grove Press, 1990.

Lopez, Linette. “Why You Would’ve Been Obsessed With JP Morgan The Man In One Giant Slide.” Business Insider, October 19, 2013.