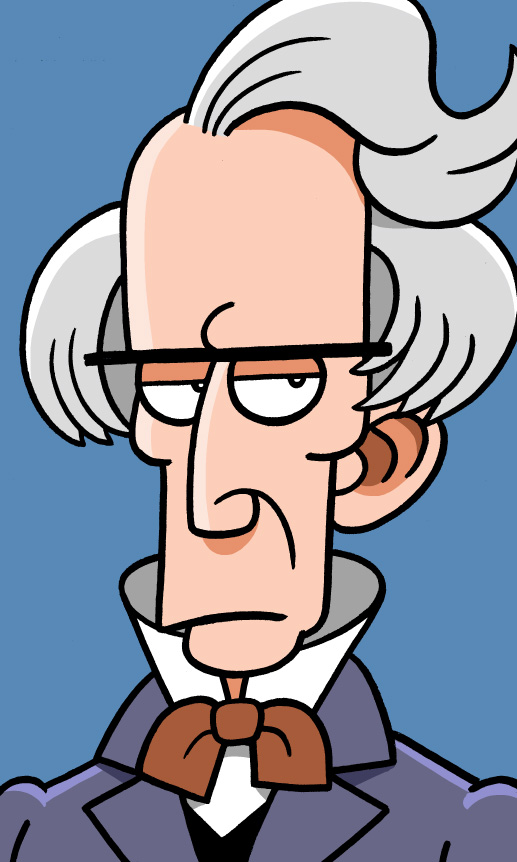 As a younger man, Samuel Morse was usually neat and clean-shaven. As he aged, he grew a large white beard, a popular look in the mid-1800s.

Why is Samuel Morse famous?

Samuel Morse was a man of many talents, but today is primarily remembered as the inventor of the telegraph — the first electronic method of long-distance communication.

When did Samuel Morse live?

What did Samuel Morse do?

Samuel Morse was born into an upper-class, well-connected family, and felt destined for great things from a young age. After graduating from Yale at age 19, he spent many years trying to establish himself as a professional artist, but found little demand for his oil paintings. In 1832, he was hired as a professor of fine arts at the newly-founded New York University, but soon saw his attention drift to the project that would become his life’s true passion —  the invention of an electronic messaging system.

Though the idea of an electronic communication machine was not new, inventors had long struggled to design one that was practical and easy to use. It took 12 long years of trial and error before Morse, along with NYU colleges Dr. Leonard Gale (1800-1883) and Alfred Vail (1807-1859) finally unveiled their device, the electromagnetic telegraph, in a grand public spectacle on May 24, 1844.  Its mechanics were relatively simple: a user would quickly press and release a lever-like metal head to a metal base, making a sequence of short tapping noises. The noises would be carried instantaneously through a long wire to another user’s telegraph machine, which the other user would then hear and translate into English using the so-called “Morse Code.” A tap followed by a pause represented the letter “A,” a pause and three taps represented “B,” and so on. 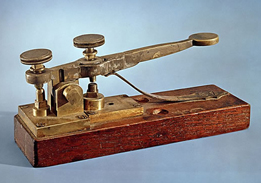 Morse’s invention marked a complete revolution in human communication, and soon earned the attention of politicians and businessmen who saw great potential in “wiring” together the cities of world with miles-long telegraph cables. In 1843, the United States Congress granted funding to begin wiring eastern America, and Europe quickly followed suit. By the 1870s, most major cities on both continents were connected by telegraph wires, and Morse spent his final years enjoying great fame and wealth as the man who started it all.

Samuel Morse was a self-important, insecure, and manic-depressive man who worked hard to fulfill his very high expectations for himself – and retreated into deep funks when he couldn’t meet them. Expecting to triumph in any field he entered, his failure to earn status and acclaim as an artist was a source of enormous frustration, as was his other lesser-known career as a politician — who lost every election he contested.

Following the 1844 release of the telegraph, Morse finally earned the wealth and status he had spent the first half of his life seeking in vain, and became one of the world’s most famous millionaires in the years that followed, lavished with honors by kings, presidents, and emperors. His efforts to retain control of the business side of his invention remained a source of continued stress, however, and for years Morse’s claim to be sole inventor of the telegraph (and thus sole recipient of patent royalties) was contested by cheap governments and jealous rivals, until a 1852 Supreme Court case, O’Reilly v. Morse, finally settled the controversy in Morse’s favor.

Philosophically, Morse was a strict and preachy Calvinist, a proud American patriot, and a vicious and bigoted nativist with hateful views towards Catholics, immigrants, and blacks. During the U.S. Civil War (1861-1865), he supported the slave-holding South — rather ironically, considering how important his telegraph would prove in securing a Union victory. Caring more about his projects and personal ambition than his family, he was a fairly aloof and indifferent husband and father, and was not generally well-liked by those who knew him.