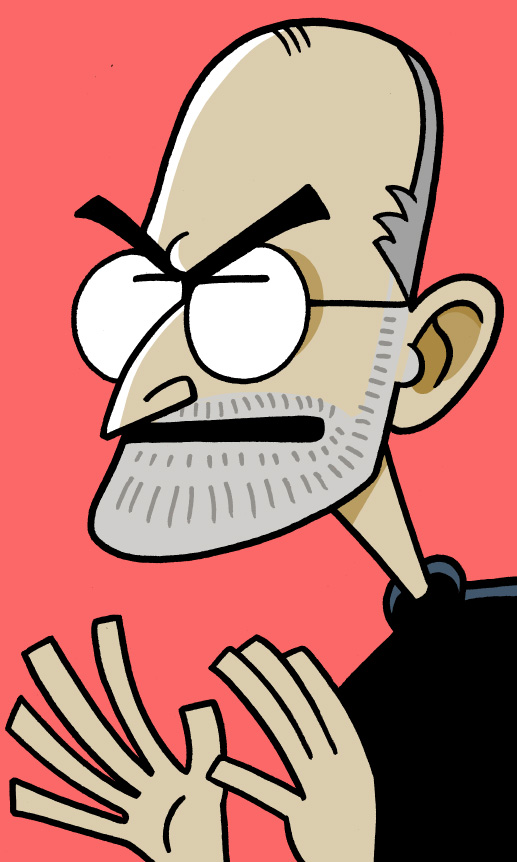 Beginning in the 1990s, Steve Jobs started wearing the same outfit every day: a black turtleneck, jeans, and sneakers. He claimed this saved time and made life easier.

Why is Steve Jobs famous?

Steve Jobs was one of the most innovative and important inventors of the last half-century, and is credited with helping develop and popularize a number of the modern era’s most popular technological gadgets, including the desktop computer, mouse, MP3 player, smart phone, and tablet.

When did Steve Jobs live?

Born on February 24, 1955 in San Francisco, California, Steve Jobs was immediately given up by his biological parents and was never given a birth name. He was named Steven Paul Jobs by his adoptive parents a few days later. He died of pancreatic cancer at age 56 in Palo Alto, California on October 5, 2011.

What did Steve Jobs do?

Growing up in California’s famed Silicon Valley, Jobs was fascinated by computers from a young age, and spent his teenage years learning everything he could about building and programming them. After dropping out of college, in 1976 he and best friend Steve Wozniak (b. 1950) founded his iconic company, Apple, while only 21 years old. Committed to the idea that computers should be cheaper and more user-friendly, in 1977 he unveiled the revolutionary Apple II, the first mass-market personal computer, followed by the Macintosh (or “Mac“) in 1984, the first computer to use a point-and-click, mouse-based visual interface.

Both machines were hugely successful and dominated the American computer market for much of the 1980s and early 1990s, but in 1986 internal controversy over Job’s leadership forced Jobs out of Apple for nearly a decade. It was during this exile that Jobs helped found Pixar Studios, an animation company pioneering the revolutionary new art of 3D cartoons. Rehired by Apple in 1997, Job’s second term as CEO saw Apple release some of the world’s most iconic and revolutionary tech devices, including the iPod (2001), a pocket-sized digital music player, the iPhone (2007), a multi-function, Internet-compatible, touch-screen mobile telephone, and the iPad (2010), a portable, tablet-sized personal computer, as well as ever more sophisticated updates of the Mac personal computer.

Though many of Jobs’ ideas were not new, Apple’s devices were popular for being consistently easier to use, and more elegantly designed than those of his competitors. Throughout the 2000s, steadily-increasing sales of Apple devices allowed the company to gradually control much of the worldwide computer market, and by 2012 it had become the world’s wealthiest corporation. Jobs died at the peak of his fame, and is fast earning a reputation as one of the most important American businessman-inventors of all time, comparable to historic luminaries like Thomas Edison (1847-1931) or Henry Ford (1863-1947).

Steve Jobs’ aggressive, demanding, perfectionist personality is usually considered one of the keys to his success as a businessman, to the point where it’s hard to discuss one without the other. Throughout his career, he was said to inhabit a “reality distortion field” of extreme optimism, where he simply refused to believe any invention, proposal, or deadline was impossible, and got incredibly frustrated when people claimed otherwise. This, in turn, led him to be an extremely bossy, unforgiving, uncompromising, and often difficult man to work with, and stories of his stubbornness, cruelty, and temper are legendary. His personal life was little different, and though Jobs was always greatly respected, he did not have many close friends.

Never one to be humble, Jobs openly considered himself a grand figure of history and spent his tenure at Apple as one of the world’s most visible CEOs. His charismatic personality and talents as a public speaker made him an ideal pitchman for his products, and he enjoyed personally taking credit for his company’s successes, though critics would often complain this habit undermined the significance of other members of the Apple inner circle, particularly lead product designer Jony Ive (b. 1967). Despite his corporation’s enormous profitability, Jobs was not fond of charitable giving, and Apple only became actively involved in philanthropy after his death.

Coming of age in the 1970s, Jobs was something of a hippie in his younger days, and lived out many of the cliched experiences of the decade, including traveling to India and experimenting with psychedelic drugs. It was during this time he accidentally fathered his first child, Lisa Brennan-Jobs (b. 1978) and the selfish lengths he went to deny responsibility for his daughter remain one of the most controversial aspects of his life (the two did later reconcile). A committed vegan who was fond of meditation and sparse living, Jobs remained interested in new-age spiritualism for the rest of his life, and his distrust of traditional medicine in favor of alternative cures is often blamed for helping hasten his early death.