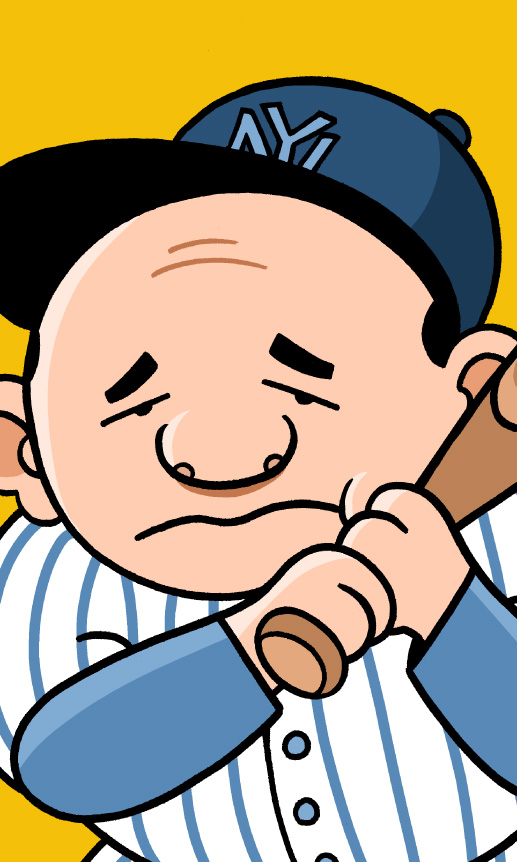 Babe Ruth was tall and heavy, measuring 6 feet 2 inches in height and weighing up to 250 pounds.

Why is Babe Ruth famous?

Babe Ruth is widely considered to be the greatest professional baseball player of all time, as well as one of America’s most famous and iconic sports celebrities.

When did Babe Ruth live?

George Herman Ruth, Jr. was born on February 6, 1895, in Baltimore, Maryland. When he first began playing professional baseball he was mockingly nicknamed “Dunn’s Babe” because of his close relationship with Jack Dunn (1872-1928), the manager of the Baltimore Orioles. The nickname was later shortened to simply “Babe,” or sometimes Bambino (Italian for “baby”). He died of throat cancer on August 16, 1948 at age 53.

What did Babe Ruth do?

Born to a poor family, young George Ruth was effectively abandoned by his parents to an orphanage at age 7. To pass the time, he turned to baseball, where he displayed an amazing natural talent for both pitching and batting. At age 19, he was recruited by a talent scout to play for Baltimore’s minor league team, the Orioles, but quickly exceeded expectations and was sold to his first major league team, the Boston Red Sox, later that year.

During his five years in Boston, Ruth quickly emerged as his team’s star pitcher, throwing a record string of shutout innings and helping the Red Sox score three World Series victories in 1915, 1916, and 1918. Ruth’s relationship with management was never good, however, and in 1919 he was sold to the New York Yankees for a record one million dollars — perhaps one of the most controversial trades in baseball history.

By this time, Ruth had slowly transitioned away from pitching in favor of playing full-time as an outfielder, and as a Yankee, he was able to redefine himself as all-star slugger. Ruth’s seemingly endless supply of home runs helped lead his second team to four World Series wins, and several of the hitting records he racked up in this era — including 60 homers in a single season and an .847 one-season slugging rate, would remain untouchable for decades.

In 1934, Ruth was sold a third time, but his brief career for his final team, the Atlanta Braves, was short and mostly uneventful, and Ruth played his final game on May 30, 1935, retiring for good two days later. The Babe had desperately wanted to conclude his career as a team manager, but his rambunctious personality made most owners nervous, and the dream never came true. Despite being one of the world’s best-loved celebrities, Ruth died disappointed that even his immense fame could not secure his final goal.

Babe Ruth was an aggressively friendly extrovert and natural showman whose enormous fame and wild personal life made him one of professional sport’s first tabloid darlings. In a phenomenon he would often blame on his grim upbringing, most of Ruth’s adult life was defined by a sort of childish enthusiasm for fun and pleasure that could frequently cross the line into embarrassing immaturity.

Though obviously deeply focused on the baseball field, Ruth was notoriously carefree and undisciplined just about everywhere else, with huge appetites and a deeply self-indulgent lifestyle. He was surprisingly overweight for an athlete, and enjoyed junk food, heavy drinking, and cigars, as well as darker vices like gambling and prostitution. As a player, he would often show up late or skip games entirely — sometimes because he was hungover or simply lazy, other times because he was too busy being a professional celebrity — and was frequently fined or suspended by furious coaches, managers, and umpires in response. Married twice, he cheated constantly, though his second marriage was considerably happier.

Ruth was equally well-known for his kindness and compassion, however, particularly to children, who he often described as his favorite sort of people, and African-Americans, especially Black baseball players, whose rights he unfashionably defended during professional baseball’s long era of racial segregation. Having made a fortune from celebrity promotions and endorsements — as well as his ample salary as a Yankee — much of Ruth’s later years were devoted to philanthropy for children’s charities, as well as America’s then-ongoing war effort.