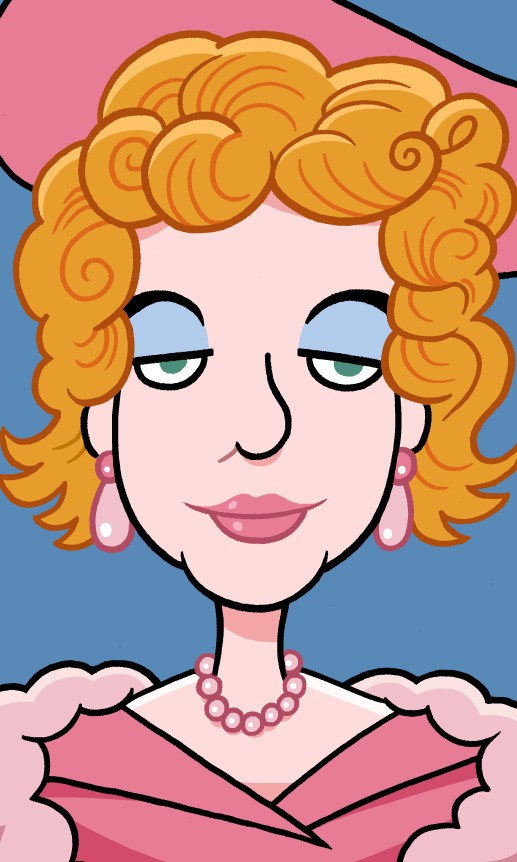 As the public face of one of the world’s top beauty brands, Elizabeth Arden put a lot of effort into maintaining an elegant appearance, with meticulous hair and makeup. She was known for dressing head-to-toe in pink, her favorite color.

Why is Elizabeth Arden famous?

When did Elizabeth Arden live?

Florence Nightingale Graham was born on January 31, 1881 in Woodbridge, Ontario, though she lied about her age constantly, and many biographies list later dates of birth as a result (even her tombstone does not state a birth date). When she began her cosmetics business in the early 1900s, she started using the name “Elizabeth Arden” for reasons that aren’t entirely known (her tombstone reads “Elizabeth N. Graham“). She died at age 85 on October 18, 1966 in New York City.

What did Elizabeth Arden do?

Born in Canada to poor British immigrants, young Florence Graham had little schooling and spent much of her early life chasing jobs in Toronto before emigrating to New York in 1907. She found her calling while working at a Brooklyn pharmaceutical firm, and in 1909 opened her first downtown cosmetics shop, the Red Door Salon, which remains in business to this day.

Arden’s great successes as both a beautician and businesswoman were rooted in her ability to fundamentally change American attitudes toward makeup, which, during the conservative Victorian era (1837-1901), was considered gaudy at best and whorish at worst. Through clever marketing, Arden was able to overturn these stereotypes, and rebrand cosmetics as scientifically-grounded, high-quality products that women of all ages could use to make themselves beautiful in a tasteful, healthy, and dignified way — and improve their self-esteem in the process.

Though she invented few new products outright, Arden is credited with popularizing modern beauty staples such as moisturizing face cream, eyeshadow, eyeliner, and lipstick in the United States, as well as the now-standard rules of how to apply, coordinate, and combine such products properly, in order to create fresh, elegant looks. Always insistent that beauty was a “science,” Arden was also an early promoter of fitness, nutrition, and proper hydration as key elements of maintaining an attractively youthful appearance.

After spreading her “Red Door” salons and products across America, in 1922 Arden opened her first spa in Europe, followed by others in Australia and South America. By the time of her 1966 death, Elizabeth Arden was not only America’s wealthiest self-made woman, but one of the planet’s most iconic brand names, associated with over 300 products and 100 salons. The company she founded more than a century ago remains synonymous with American beauty to this day.

Elizabeth Arden was a strong, demanding, and ruthless businesswoman who preferred to be known as a glamorous dainty socialite, and her personality was largely defined by the contrast between these two sides of her character. As the public face of her products, Arden tried her best to personify the sort of beautiful, elegant, successful, self-confident lifestyle her cosmetics promised their consumers, and she spent a great deal of time managing every element of her image, including her voice, manners, and — naturally — looks.

As head of her company, “Miss Arden” (as she insisted on being called) was a strict perfectionist, and her exacting and condescending attitude towards her employees, coupled with her fiery temper, made her a difficult boss to work for. She had a famously fierce, jealous rivalry with Helena Rubinstein (1872-1965), the world’s other leading cosmetics maven of the time, and the feud obsessed her to her grave. The intensity in which she focused on her career had a decidedly negative effect on her personal life as well, and is often blamed for her two short-lived marriages to largely ignored husbands, as well as a general lack of close friendships. Cold, uptight, and proper, she is said to have disliked being touched.

Arden was never shy about flaunting her enormous wealth, and had expensive tastes in clothes, homes, jewelry, hobbies, and collections — the most famous being a vast stable of champion race horses. Despite her humble roots, the lifestyle she tried her best to embody was that of a stereotypical, upper-class WASP, a persona that unfortunately brought with it quite regressive and bigoted views towards blacks and Jews.