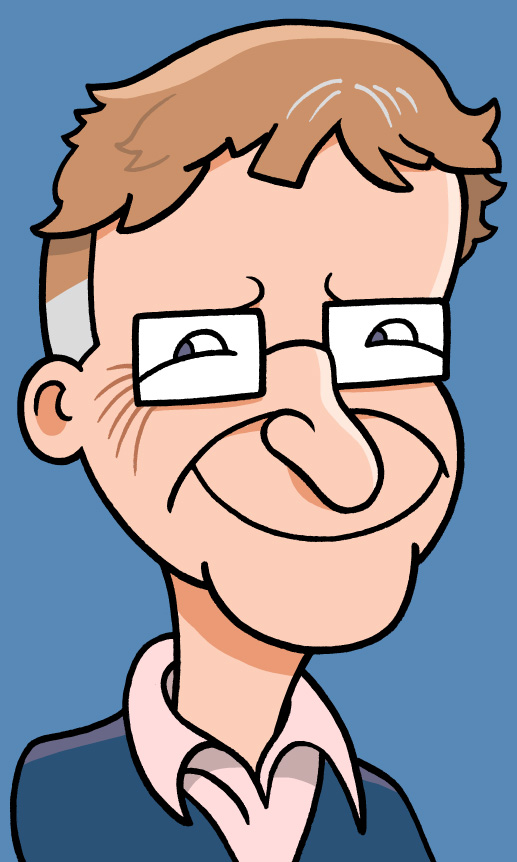 As a young man, Bill Gates enjoyed the contrast between having an intimidating intellect and an unimpressive appearance, and rarely put much effort into dress or grooming. He prefers cheap sweaters to expensive suits, and has a famously sloppy hairstyle.

Why is Bill Gates famous?

Bill Gates was one of the most influential computer magnates of the 20th century, with his company, Microsoft, helping create the world’s most popular PC operating system as well as a wide array of popular workplace software programs. Today, he is head of the world’s largest charity.

When did Bill Gates live?

William Henry Gates III was born on October 28, 1955 in Seattle, Washington. Today he lives in the nearby suburb of Medina, Washington.

What did Bill Gates do?

Born to an upper-middle class Seattle family, Gates was exposed to computers as a teenager and quickly became a skilled programmer. In 1975, at the age of 19, he and best friend Paul Allen (b. 1954) founded Microsoft, a company devoted to making computer technology more user-friendly for ordinary Americans. In 1975, Allen and Gates developed and sold their first “personal computer” (PC) operating system, Altair BASIC, which was followed by MS-DOS in 1981, and then the graphic-based Windows in 1983.

Throughout the 1980s and 1990s, Microsoft’s operating systems quickly became the preferred choice among America’s largest PC distributors, including IBM, Dell, Compaq, and Hewlett-Packard. As the years progressed, Microsoft developed a number of popular software programs as well, including the spreadsheet-maker Excel (1985), the word processor Word (1989), the web browser Internet Explorer (1995), and the email client Outlook (1997). Controversially, many of these programs came automatically packaged with Microsoft’s operating system, and throughout much of the 1990s, Gates was repeatedly sued for breaking American monopoly laws — though few suits were successful. As personal computers became a common sight in more American homes Gates became progressively richer, and in 1995 officially become the world’s wealthiest man.

Gates was a strong critic of piracy and believed his software should always be purchased, rather than shared or distributed for free. This philosophy was always controversial, and became increasingly contested by Microsoft’s competitors in the early 2000s, particularly Google and Facebook, when free, Internet-based alternatives to programs like Internet Explorer and Outlook became more popular. In 2000, Gates retired as Microsoft’s CEO, and abandoned most of his remaining corporate responsibilities in 2008. Today he spends much of his time working as the president of the Bill & Melinda Gates Foundation, a charity devoted to using Gates’ enormous fortune to help the world’s needy find creative solutions to problems like disease and education.

Bill Gates has long been one of America’s most polarizing figures, with the popularity of his products often overshadowed by his intensely competitive and cutthroat business strategies. A brilliant businessman but a cold, demanding, and sometimes cruel boss, Gates’ success at Microsoft is often credited to the harsh tactics he used to intimidate both competitor and employee alike. Hidden behind a soft-spoken, nerdy appearance, Gates is said to be quite intense in person, and an extremely pushy, intimidating, confrontational manager prone to bullying relentlessly until he gets what he wants. A workaholic, he seems to have a knack for frustrating or exhausting people who don’t share his energy.

Gates’ corporate philosophy earned many critics; among those who champion the cause of free, “open-source” software, he’s often seen as a greedy tyrant, someone who profited greatly from technology he perfected, but rarely invented — yet still  jealously protected. Since his departure from Microsoft, however, Gates’ public image has improved greatly, and it’s possible his historic reputation will be defined as much by his charitable giving as his time at Microsoft. Today, he is a common sight on television talk shows and the public speaking circuit making a passionate, and often witty, case for causes he believes in — a far cry from his corporate days in which he was considerably more reclusive.

Unlike other multi-billionaires, Gates is not known for having an overly lavish lifestyle, and is actually said to be quite frugal, reflected by his famously shabby clothes and hair. His grandest luxuries are a $100-million, specially designed, technology-infused state-of-the-art mansion — which has never been photographed — and a collection of ultra-fast racing cars. In 2021 he and his longtime wife and charity partner Melinda Gates (b. 1964) shocked the world with news they were getting divorced.

The Gates Notes, the blog of Bill Gates.

Manes, Stephen. Gates: How Microsoft’s Mogul Reinvented an Industry—and Made Himself the Richest Man in America. New York: Touchtone, 1993.