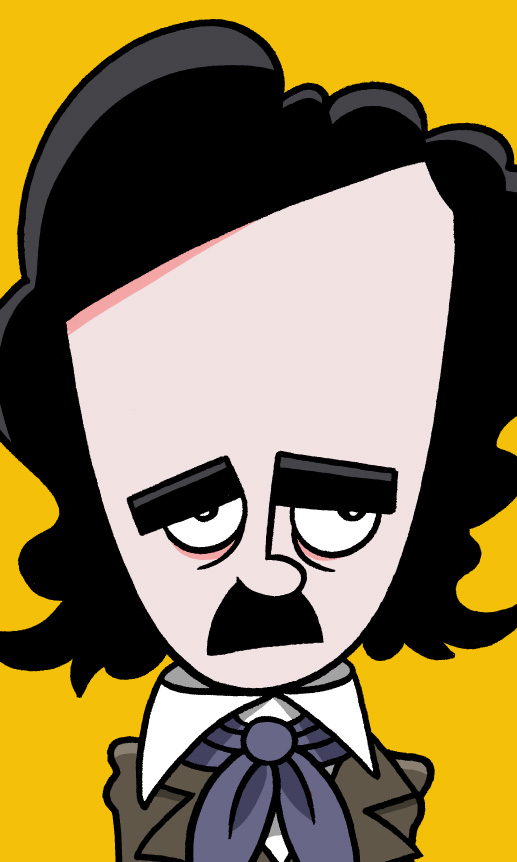 Edgar Allan Poe was quite short, around 5 feet 6 inches, and had a large head that was too big for his body. Despite this, he was always sharply dressed and was considered very handsome by women of his time.

Why is Edgar Allan Poe famous?

Edgar Allan Poe was one of the most important American fiction writers of the mid-19th century, authoring a number of incredibly influential short stories and poems that helped establish the modern genres of horror, suspense, and mystery.

When did Edgar Allan Poe live?

Edgar Allan Poe was born on January 19, 1809, in Boston, Massachusetts. He died at age 40 on October 7, 1849 in Baltimore, Maryland. The exact cause of death is still unknown.

What did Edgar Allan Poe do?

Orphaned at a young age, Poe nevertheless managed to have a fairly comfortable upbringing thanks to a well-off foster family. His talent for reading and writing emerged early, and he was able to enroll in the University of Virginia as a student of literature at only 17. After a failed army career in his early 20s, he began to submit stories and poems to prominent literary magazines across America’s east coast, and quickly found many clients eager to publish his writing.

For the rest of his life, Poe moved around the eastern United States working for various magazines, sometimes as a writer and sometimes as an editor, but always generating popular and entertaining short works of fiction. One of the early masters of horror and suspense, Poe’s short stories and lengthy poems were known primarily for their grotesque themes of death, torture, and the occult, which, although disturbing to read, were also tremendously creative and undeniably entertaining.

Many of Poe’s most famous works tell tales of a troubled hero undergoing some form of psychological torment in a claustrophobic setting. In The Pit and the Pendulum (1843), for instance, a prisoner is strapped to a board in a tiny cell as an enormous swinging blade slowly descends, while Poe’s most famous poem, The Raven (1845), a widower is endlessly harassed by a cruel talking bird reminding him of his loneliness. Other works used themes of horror in different ways; The Murders in the Rue Morgue (1841), a story of a police officer gradually solving a grisly murder, is considered one of the first true “detective novels,” while stories like Hans Phaall (1835) and Mellonta Tauta (1849), which center around vivid descriptions of fantastical futuristic technology, have been described as early science fiction.

Edgar Allan Poe lived a sad and tortured life not unlike many of the characters he created — indeed, his own psychological problems clearly helped inspire his realistic depictions of depression and anxiety. An immature and needy man who never fully adjusted to the loss of his mother and father, much of Poe’s life was dominated by tense relationships with indifferent foster parents. His short-lived marriage to his beloved 13-year-old cousin (considered strange and immoral even in those days) was no less troubled, and her premature death only worsened the sadness and self-pity of an already deeply fragile and sensitive man.

To escape his troubles, Poe frequently turned to liquor, a harmful addiction made even worse by the fact that he suffered from some sort of medical condition — probably diabetes or a brain lesion — that caused him to get severely drunk even when drinking very little. Poe’s short life contains many stories of drunken misbehavior, and his premature death at age 40, though mysterious, clearly came at the end of a particularly harsh bender. He liked to gamble, but was bad at it.

Despite his demons, Poe had strong willpower, and his work was rarely affected by his depression or drinking. A handsome and theatrical man, he enjoyed giving dramatic readings of his stories and poetry before captivated audiences, and enjoyed considerable fame as one of the major literary celebrities of his age, both in America and abroad. Women in particular found him quite charming, and following his wife’s death he often sought “comfort” from his large circle of female groupies. Proud of his work and pleased with his reputation, Poe nevertheless struggled with money problems for most of his life, and died famous, but not wealthy.