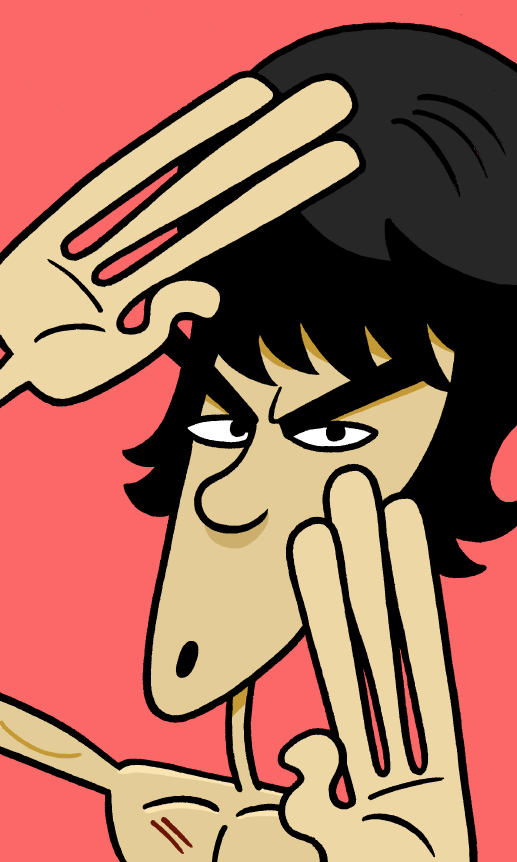 Bruce Lee was quite short — 5 foot 7 inches tall — and quite slim, at around 135 pounds. He kept his bodyfat levels incredibly low, and was proud of showing off his lean, muscular build.

Why is Bruce Lee famous?

Bruce Lee was one of the greatest martial artists in history, and a major movie star in the 1970s. He is considered a key figure in popularizing martial arts in the United States.

When did Bruce Lee live?

李震藩 or Lee Jun-fan was born in San Francisco on November 27, 1940. Upon birth, he was given the English name “Bruce.” At some point the Chinese character of “震” (Jun) in his name was changed to the homonym “振” because the original character was also used in the name of his grandfather — a taboo in Chinese culture.

He died in his sleep in Hong Kong at age 32 on July 20, 1973 in a freak episode that is still not entirely understood. The coroner’s report claimed he died from an extreme allergic reaction to a painkiller he had taken earlier that night, but subsequent investigators have theorized he may have died of a seizure resulting from some previously undiagnosed condition. He is buried in Seattle.

What did Bruce Lee do?

Lee’s father was an opera singer from Hong Kong, and it was during an American tour that Bruce was born. Returning home with his family, young Bruce proved a troublemaking child, and began studying the Chinese martial art of Wing Chun as a means of self-defense, quickly becoming an expert. At age 18, he emigrated back to America to attend the University of Washington, opening a Wing Chun studio in Seattle to earn money on the side.

In 1964, Bruce left Seattle to pursue an acting career in Hollywood, and in 1966 he was hired to play the martial arts-wielding secret agent Kato on the popular but short-lived TV series Green Hornet. Continuing to teach on the side, he opened new schools in Oakland and L.A. that attracted high-profile celebrity students like actor Steve McQueen (1930-1980) and basketball star Kareem Abdul Jabbar (b. 1947), as well as men who would go on to become some of America’s top martial arts masters, including Joe Lewis (b. 1944) and Chuck Norris (b. 1940). By this time, Bruce had abandoned conventional Wing Chun kung-fu in favor of a revolutionary new style of fighting he named Jeet Kune Do (截拳道), which encouraged students to develop their own personal style rather than conform to the limited move sets of any existing martial arts tradition. In Bruce’s words, the idea was to embrace “no way as way.”

Despite growing fame, Bruce grew frustrated with Hollywood’s lack of roles for Asian actors and after a few bit parts returned to Hong Kong in 1971 to participate in the country’s burgeoning film industry. He would proceed to star in three enormously popular Chinese-language action films, The Big Boss (1971), Fists of Fury (1972), and Way of the Dragon (1972), which broke box-office records in Asia and introduced the “kung-fu movie” to American audiences. His sudden, tragic death in 1973 came just before the release of his final film, Enter the Dragon, and an in-progress fifth movie, The Game of Death, was never completed. In his prime, the world was robbed of a man who had done more than any other to make centuries-old martial arts popular and relevant in the 20th century.

Bruce Lee was a charismatic, self-confident man whose passion and charm attracted many extremely loyal followers — a phenomenon which continues to this day. To his fans, Bruce remains an inspiring embodiment of mental and physical perfection, with a body as agile and strong as his mind was insightful and wise. Though the reality was obviously more complicated, Bruce’s life was undeniably powered by incredible levels of energy and self-discipline, as well as a deep intellectual curiosity for the world around him. He loved to read almost as much as he loved to train, though this focus on self-improvement could also make him something of a loner.

Never shy or subtle, Bruce openly believed himself to be a figure of great global importance, and craved and enjoyed his fame. Constantly shuffling between Hong Kong and America, he considered himself a bicultural bridge between east and west; a “citizen of the world” who could help bring the creativity and individualism of America to Asia, and the ancient wisdom of Asia to the United States. Despite his deep interest in eastern spirituality, however, Bruce’s own philosophical musings tended to be cliched and shallow, and he often ignored his own doctrines of self-control. He enjoyed wealth and material possessions — particularly luxury sports cars — and was disloyal to his wife, dying in the company of his mistress.

As a teacher, though strict, Bruce was kind, supportive, and fun, though his high standards could provoke a fiery temper when unfulfilled. He did not take himself too seriously, and was fond of playing pranks. Deathly afraid of water, he never swam.