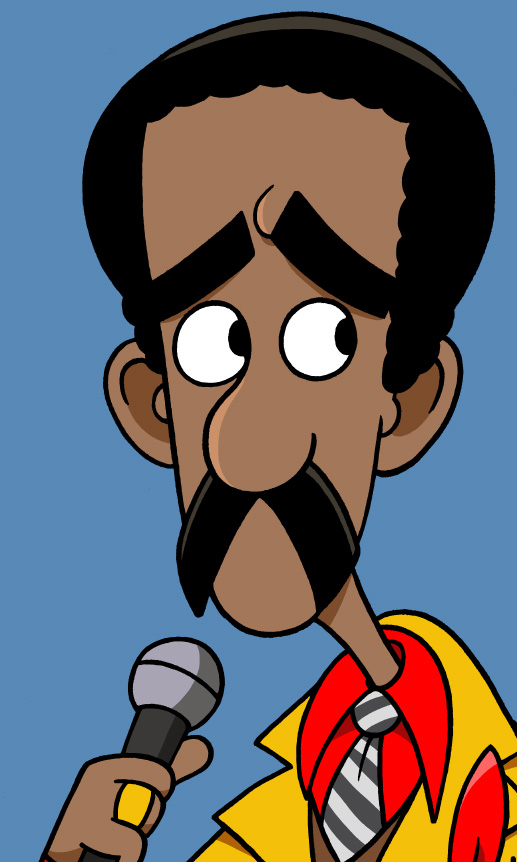 Pryor had a thin and wiry build, with a wide-eyed, expressive face. He was quite fashion-conscious, and always dressed in the latest African-American styles of the day.

Why is Richard Pryor famous?

Richard Pryor was one of the most influential and popular stand-up comedians of all time.

When did Richard Pryor live?

Richard Franklin Lennox Thomas Pryor was born on December 1, 1940 in Peoria, Illinois. He died of a heart attack at age 65 on December 10, 2005 in Los Angeles, California.

What did Richard Pryor do?

Raised by a broken family of sex workers in the black slums of suburban Illinois, Richard Pryor had an unhappy upbringing and experienced sexual, physical, and emotional abuse as a child. He became fascinated with comedy and fame as a means of escape, and after dropping out of high school and the army, he toured the Midwest as a stand-up comedian before migrating to New York. Pryor’s initial act was conventional for the early 1960s, and featured family-friendly jokes and physical gags in a style often compared to Bill Cosby (b. 1937). Though he achieved quick popularity, and was soon performing for top clubs and talk shows, by 1967 Pyror had grown deeply frustrated, and exiled himself to Berkeley, California, where he sought refuge in the radical politics and liberated attitudes of America’s ’60s-era counter-culture.

When Pryor returned to the stage, his new act was unlike anything audiences had seen. Rather than well-rehearsed punchlines and wordplay, Pryor adopted an improvised, conversational style, pacing the stage and hilarious personal stories and observations of American society with blunt and profane language. No topic was taboo, and he joked with sharp honesty about sex, crime, drugs, gender, and race. Infused with the unique insights of an African-American inhabiting a white society, Pryor’s shows became particularly well-known for offering a vivid, satirical glimpse into the world of the urban black underclass.

Buoyed by the popularity of his new persona, Pryor proceeded to become one of America’s top comedic talents across a host of different mediums. He worked briefly as a screenwriter, most famously with director Mel Brooks (b. 1926) on the iconic 1974 comedy film Blazing Saddles, before going on to act in more than 40 films, including Uptown Saturday Night (1974), Stir Crazy (1980), and Jo Jo Dancer Your Life is Calling (1986) alongside Hollywood greats like Diana Ross (b. 1944), Gene Wilder (b. 1933), and Eddie Murphy (b. 1961). Never abandoning his roots, he continued to perform stand-up comedy, and produced four Grammy-winning albums of his act, including That N*gger’s Crazy (1974) and Richard Pryor Live On the Sunset Strip (1982), as well as a feature-length concert film Richard Pryor, Live in Concert (1979), considered a masterpiece of the genre. Increasingly crippled by multiple sclerosis, Pyror’s output slowed down in the late 1980s, though he continued to make cameos and guest appearances until his death. Today there exist few standup comedians who do not claim to take at least some inspiration from Pryor’s vast body of work.

Richard Pryor was a troubled man with a severely dysfunctional personal life, both of which played an enormous role in providing motivation and content for his comedy. Perhaps understandably, given his traumatic upbringing, Pryor struggled throughout adulthood with issues relating to violence, sex, and drugs — and in some cases, a combination of all three.

Beginning in the 1970s, Pryor developed a powerful cocaine addiction, and struggled with lifelong alcohol abuse. In 1980, he nearly died during a horrific accident in which he severely burned more than 50 percent of his liquor-soaked body while freebasing cocaine, in what he would later characterize as a botched suicide. His attitudes towards women were exploitive and often physically abusive — married seven times for rarely more than a year, he was said to enjoy the thrill of sexual conquest more than meaningful relationships. He had an explosive temper and was known to lash out violently, sometimes with weapons.

Despite this, Pryor was also a sensitive, introspective man aware of his failings, and was not shy about exploring them onstage. His stand-up routines were often bitterly self-deprecating and would occasionally feature monologues of poignant reflection on his inner demons. Outside of comedy, Pryor was fond of tennis, a vegetarian, and a strong opponent of animal cruelty. A 1979 trip to Africa was said to be one of the most moving experiences of his life.

Henry, David and Joe Henry. Furious Cool: Richard Pryor and the World That Made Him. New York: Algonquin Books, 2013.

Richard Pryor’s Peoria: A Digital Companion to the Biography Becoming Richard Prior.