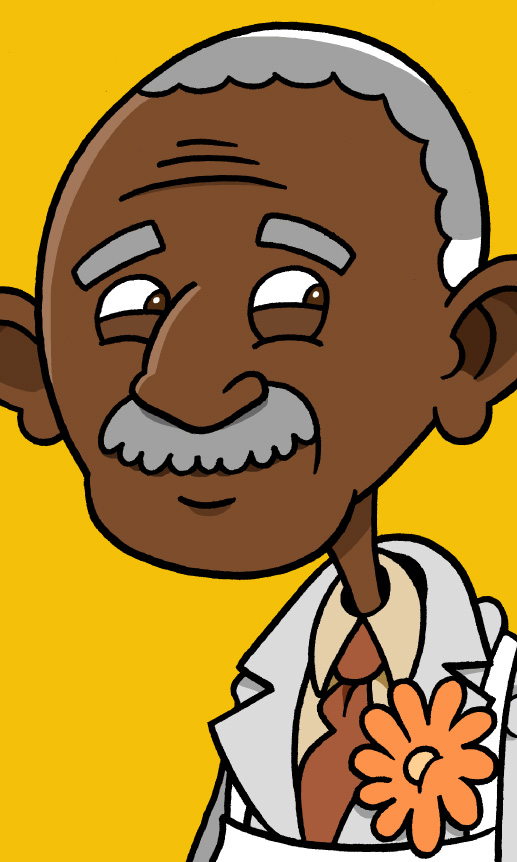 George Washington Carver was a famously shabby dresser who disliked spending money on clothes. As a tribute to his love of nature, he always wore a fresh flower in his lapel.

Why is George Washington Carver famous?

George Washington Carver was one of the early 20th century’s most respected experts in the fields of agriculture and biochemical engineering, and the first well-known African-American scientist.

When did George Washington Carver live?

George Washington Carver’s exact birthdate is unknown, but he’s believed to have been born sometime in either late 1864 or early 1865 in Diamond Grove, Missouri. His initial name was simply George Carver but sometime during his teenage years he added the middle name Washington. Carver died on January 5, 1943 in Tuskegee, Alabama from injuries sustained after accidentally falling down the stairs. He was around 79 years old.

What did George Washington Carver do?

George Carver was born into slavery shortly before the end of the Civil War (1861-1865), and was orphaned at a young age. Raised by his kindly former owners, he established his life-long fascination with plants and vegetables during a childhood spent mainly in the family garden.

Though anti-black sentiment kept him out of more prestigious schools, in 1890 Carver was able to enroll in Iowa’s Simpson College, and a year later, Iowa State University, where he would eventually earn a master’s degree in agriculture science — the first black student to do so. In 1896, he was recruited by famed African-American intellectual Booker T. Washington (1856-1915) to serve as dean of agriculture at Washington’s all-black Tuskegee University in Alabama, a post Carver would fill for the rest of his life.

Carver’s scientific research was principally motivated by a desire to help America’s recently-liberated slave population achieve self-sufficiency through farming. Deeply critical of what he called the “one-crop tyranny” of cotton in the American south, he taught his students how to grow and rotate a diversity of crops, including soybeans, sweet potatoes, corn, and peanuts, and then use their harvest in a vast assortment of ways. Today, Carver is particularly remembered for the incredible diversity of uses he discovered for the peanut alone — 325 in all, including plastic, milk, gasoline, and shaving cream — but his hundreds of other all-natural creations, like sweet potato glue and orange peel paint, were no less innovative.

Carver’s insights helped change the direction of American agriculture, and he spent the final years of his life as one of America’s most prominent scientific celebrities, sharing with all who would listen his observations on how to utilize the wealth of nature for human benefit. Shortly after his death in 1943, the US Congress voted to approve a George Washington Carver National Monument in his native Missouri — making him the first non-president (let alone first African-American) to receive such an honor.

George Washington Carver was a kind, friendly, and deeply religious man who took very seriously his role as a leader for the black community — a mission he believed to be divinely ordained. A charismatic speaker and gifted storyteller, Carver’s greatest talent as an educator and scientist was sharing and promoting his research, which he frequently justified with poetic language about appreciating the glories of God’s creation.

Carver was a skilled, sometimes arrogant self-promoter, but ultimately cared little for wealth, patenting only three of his inventions and repeatedly rejecting offers to leave Tuskegee for better paying jobs. At his core, he was a deeply practical and utilitarian man who simply wanted to do useful things for “his people,” though such attitudes did hamper the professionalism of his work. More interested in inventions and teaching than academic research, during his four decades as a professor Carver rarely produced formal papers or documented experiments.

Politically, Carver was equally pragmatic, and shared the moderate views of his employer, Booker T. Washington, who encouraged blacks to make peace with the idea that they would be starting life from position of low status in society. In his spare time, he was a talented painter, with portraits of flowers being another way he believed he could honor the brilliance of the divine ruler of the universe he called, simply, “Mr. Creator.”

Clark, Glenn. The Man Who Talks with the Flowers: The Intimate Life Story of Dr. George Washington Carver. Red Books, 2011.