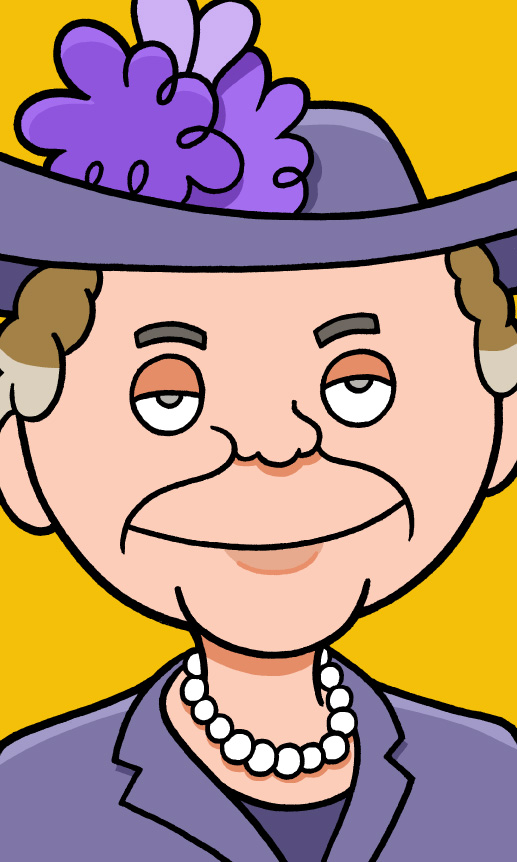 Helen Keller originally had somewhat bulgy, cloudy eyes that made her self-conscious, and at age 30 she had both removed and replaced with artificial glass ones. She dressed mostly in the conservative style of her time.

Why is Helen Keller famous?

Helen Keller was a deaf-blind writer and lecturer who overcame her severe physical handicaps to become the world’s most famous advocate for the rights of the disabled.

When did Helen Keller live?

What did Helen Keller do?

Helen was born able-bodied, but was crippled as an infant by a severe and mysterious illness that robbed her of the ability to see and hear. Adamant that their daughter be able to lead a normal life, her parents recruited Anne Sullivan (1866-1936), a skilled teacher of the disabled, to help Helen understand the world around her by using the sense of touch. As a child, she became a fluent reader of braille, and learned to “speak” using a system known as palm-spelling in which letters are traced in the palm of another person’s hand.

As she continued to progress, Helen was eventually able to attend other schools for the blind, and then schools for the able-bodied as well. With Sullivan as her ever-present assistant, she graduated from Massachusetts’ Radcliffe College in 1904 — a historic first for a disabled woman in America. While there, she wrote a widely acclaimed memoir of her struggles, The Story of My Life (1903), and quickly became one of America’s most beloved citizens in the aftermath of its publication, incredulously praised for her bravery, creativity, and perseverance in overcoming what most considered an impossible handicap. In 1908, she wrote a sequel entitled The World I Live In, that further expanded on her experiences as a disabled person, and soon began giving passionate public speeches on similar topics.

Keller spent the rest of her life as a celebrity-advocate, writing, speaking, and even performing in comedy shows to raise awareness of the disabled and their ability to lead productive lives. Committed to activist institutions, she was instrumental in the 1920 founding of the American Civil Liberties Association, a leading member of the American Federation for the Blind for more than 40 years, and a globetrotting ambassador for the American Foundation for the Overseas Blind, now known as Helen Keller International. By the time of her death in 1968, Keller had brought her message of empowerment and tolerance to 35 countries, and enjoyed an almost saintly reputation as a woman who had done more than anyone prior to change attitudes towards the disabled. To this day, her name remains a source of deep respect and veneration for anyone championing the cause of pitied and marginalized communities.

Helen Keller was an outgoing, outspoken, witty, and eccentric woman who never let her celebrity status keep her away from embracing controversial causes or unpopular ideas. As a young woman, she abandoned conventional Christianity and became a devout Swedenborgian — an obscure, new-age religion — while in the early 1910s, she became a radical socialist who openly idolized the Soviet Union. Though her views were sometimes blamed on her naiveté as a disabled woman, Keller was a strong debater and wrote and spoke extensively on her religion and politics, partially as a way to deny such patronizing allegations. As the 20th century progressed, Keller’s socialism became more moderate, and her political philosophy instead became mostly defined by promoting the cause of tolerance and international cooperation.

Despite her independent spirit, Keller’s life was heavily dependent on three ever-present companions, first Anne Sullivan (1866-1936) and Polly Thompson (1885-1960), who served until their respective deaths, and then Winifred Corbally (1895-1996), who served until Helen’s. Extraordinarily gifted women in their own right, they were often described as extensions of Keller’s own body, but this closeness also drew Keller into their personal dramas, which were considerable.

Keller did resent her disabilities, but also the able-bodied, and often denounced those who took their ability to see and hear for granted, most famously in a 1933 essay Three Days to See. She was often embarrassed about her physical appearance — with many of her early photographs carefully posed to avoid showing off her cloudy eyes (which were later removed and replaced with glass ones) and was particularly self-conscious about her awkward speaking voice.

“Helen Keller: An Introduction.” American Foundation for the Blind.