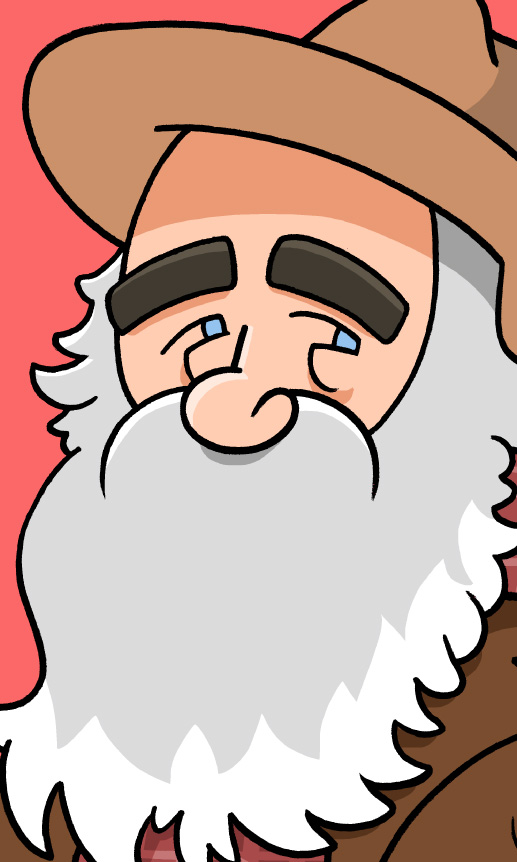 Walt Whitman enjoyed looking like a “common man” and had a mostly unkempt appearance, with shabby clothes and a long, bushy beard.

Why is Walt Whitman famous?

Walt Whitman was the most influential and famous poet in American history, and was a pioneering figure in the development of less structured, “free verse” poetry.

When did Walt Whitman live?

Walt Whitman (who had no longer legal name) was born on May 31, 1819 in West Hills, New York. Badly crippled by several strokes near the end of his life, he died of stroke-related complications on March 26, 1892 in Camden, New Jersey, at age 72.

What did Walt Whitman do?

As a young man, Walt Whitman took a series of journalism jobs to support his large and troubled family while writing poetry in his free time. In 1855, at the age of 36, he emerged from obscurity and introduced himself to the literary world with the release of his first anthology, Leaves of Grass, a collection of 12 radically unconventional poems about the beauty of American life.

Purposely rejecting the staid conventions of British poetry, Whitman’s verse rarely rhymed, used an unconventional medley of formal and vernacular English, and focused on humble topics, particularly the lives of working-class Americans. Passionate, celebratory, and almost always uplifting, Whitman’s upbeat, heroic prose was particularly known for its flexible use of the terms “I” and “you,” which allowed the author to speak as multiple characters and address his audiences directly, giving his work a powerful intimacy.

Though the first edition of Leaves was scorned by critics and sold poorly, its reputation improved over time. For the next 35 years, Whitman continued to revise and update his manuscript, releasing nine different editions and adding nearly 300 new poems on a vast array of themes and topics, including art, labor, music, love, politics, sex, science, faith, and nature. After working briefly as a nurse in Washington, D.C. during the Civil War (1861-1865), Whitman released his second major poetry compilation, Drum-Taps, in 1865, followed by Sequel to Drum-Taps in 1866. Documenting the darkness of war but also the justness of the Union cause, the latter book contained what is perhaps Whitman’s single most famous poem, a powerful homage to slain president Abraham Lincoln (1809-1865), entitled O Captain! My Captain!

By the end of his life, Whitman had become one of America’s preeminent literary celebrities, with public readings that drew enormous audiences. Though failing health would eventually remove him from public life, he continued to edit Leaves of Grass until the very end, with the final, so-called “deathbed” edition released shortly after his passing.

Walt Whitman was a highly romantic, sensual man man who viewed the world as a place every bit as dramatic and romantic as he portrayed in his poems. Though he could have dark and depressed episodes, he was generally energetic and optimistic, and his life was consumed by constant fascination and wonder.

Whitman’s basic philosophy centered around the idea that the “common man” was the noblest figure in society, an idea he embraced not only in writing, but also his appearance, hobbies, friends, and lovers. Shabbily-dressed in appearance and bohemian in his tastes, Whitman preferred working class bars and rumpled corduroy to elite approval and expensive luxuries. Politically, he was a strong Democrat, patriot and populist who believed passionately that Americans needed to transcend petty differences of gender, race, class, or religion in the pursuit of a common nationality — an ambitious goal which he rather vainly expected his poetry would play a large role in achieving. A shameless self-promoter, he was not above comparing himself to Shakespeare, or his writings to the Bible. Becoming considerably more conservative and bigoted as he aged, some of Whitman’s bluntly racist post-Civil War writings can be shocking in how dramatically they contradict his earlier idealism about the fundamental equality of all Americans.

Based on his romantic history, most historians conclude that Whitman was almost certainly a homosexual, and the lifelong bachelor enjoyed the company of several young male lovers throughout his life. For his part, Whitman simply considered himself a deeply sexual person who could appreciate physical love from both genders. Though his romantic poetry was not shy about exploring same-sex love, it was actually his writings about the female body that caused the most controversy with religious conservatives of his time.

“Revising Himself: Walt Whitman and Leaves of Grass,” Library of Congress.