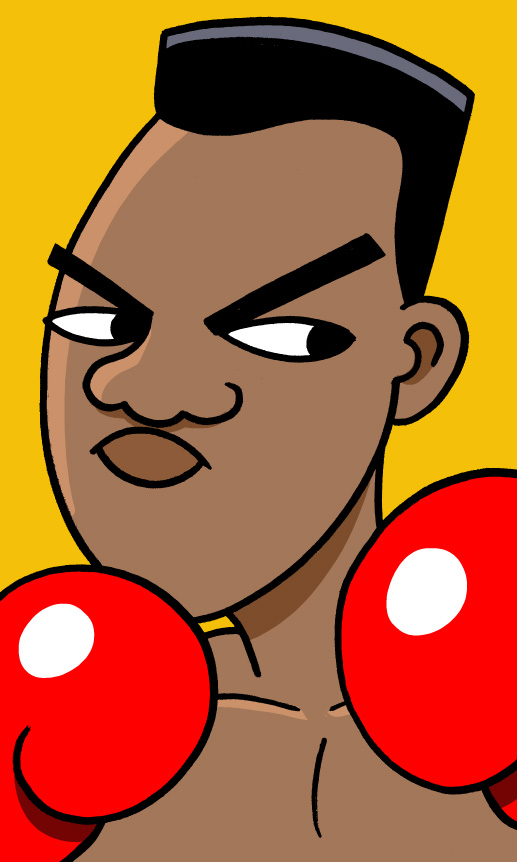 Muhammad Ali was a large man, at six-foot-three-inches tall and weighing around 210-220 pounds in the prime of his boxing career. He was quite muscular, though famously did not lift weights.

Why is Muhammad Ali famous?

Muhammad Ali was one of the most successful boxers in American history, and a controversial political activist during the country’s turbulent 1960s.

When was Muhammad Ali born?

Muhammad Ali was born on January 17, 1942 in Louisville, Kentucky. His birth name was Cassius Marcellus Clay, Jr. but he changed it in 1964 following his conversion to Islam. He died of septic shock on June 2, 2016 at age 74 in Phoenix, Arizona.

What did Muhammad Ali do?

Born to a poor family in segregated Kentucky, young Cassius Clay was an awkward and angry youth who embraced boxing as an outlet for his aggression. His size, speed, and agility in the ring made him a natural talent, and he turned pro while still a teenager, eventually winning a gold medal at the 1960 Rome Summer Olympics at the age of 18. Returning to America, in 1964 he KO’d reigning heavyweight champion Sonny Liston (1932-1970) and won the title for himself.

By now boxing’s biggest star, Ali spent the remainder of the 1960s and 1970s fighting other champs in hugely-publicized, gimmicky matches such as the “Fight of the Century” against Joe Frazier (1944-2011) in 1970, the “Rumble in the Jungle” against George Foreman (b. 1949) in Zaire in 1974, and a 1975  “Thrilla in Manila” rematch with Frazier in Quezon City, Philippines. While Ali would occasionally lose, any fight against him usually lasted over a dozen rounds and was guaranteed to be entertaining. His fancy footwork and in-ring taunts were an iconic part of his fighting style, while his charismatic personality and controversial political views drew interest beyond traditional boxing fans.

Ali’s career declined in the late 1970s, particularly following a disastrous loss to Larry Holmes (b. 1949) in 1980. In 1981, he retired, and in 1984 he announced that he was suffering from Parkinson’s Disease, almost certainly the result of boxing-induced brain damage. Despite his handicap, Ali remained a relatively high-profile celebrity in his later years, traveling the world on U.N.-sponsored humanitarian missions and raising funds for charities devoted to underprivileged children and Parkinson’s research.

Muhammad Ali was an extremely charismatic, deeply cocky, and intensely political individual whose larger-than-life personality made him one of the most iconic and controversial figures in the history of American sport. Today he’s perhaps best known for flamboyant pre-fight trash-talk (“After the fight I’m gonna build myself a pretty home and use him as a bearskin rug”) and equally theatrical self-praise (“When you’re as great as I am, it’s hard to be humble”), as well as dozens of fiery and combative TV interviews.

Always interested in racial justice, Ali’s political views became steadily more extreme the more famous he became. In 1964, he joined the Nation of Islam, a radical, anti-white Black separatist group, and became a practicing Muslim. His reputation with white America badly damaged, even greater controversy followed in 1966, when Ali angrily refused to be drafted to fight in the Vietnam War (1964-1975), leading to a criminal conviction, a three-year suspension from boxing and the loss of his heavyweight champion title. Like many ’60s radicals, Ali’s politics softened considerably as he aged, and in the late 1970s he moved away from black nationalism and towards the less contentious cause of racial equality, which helped him reclaim a more favorable public image in his second career as a freelance diplomat and philanthropist. Once loud and bombastic, Ali’s disease made him steadily quieter and more soft-spoken in his later years, eventually becoming a mostly tragic figure whose public appearances became defined by sympathy over his increasingly frail, shaky appearance.

At the height of his fame, Ali lived a fairly wild playboy lifestyle and had a particularly voracious sexual appetite. He married four times and fathered nine children, including two daughters born outside any of his marriages. Supporting this large family — as well as a vast array of exploitive friends and hangers-on — helped contribute to Ali’s chronic financial troubles. Unlike many other famous athletes, he was not terribly successful at capitalizing on his name, and his business ventures were mostly flops.

Remnick, David. King of the World: Muhammad Ali and the Rise of an American Hero. New York: Vintage Books, 1998.